Wine is becoming more and more popular around the world because of its delicious taste as well as the health benefits that this drink brings. But few people know where wine comes from. Then let’s learn about the origin of wine with Le Vista in the article below! 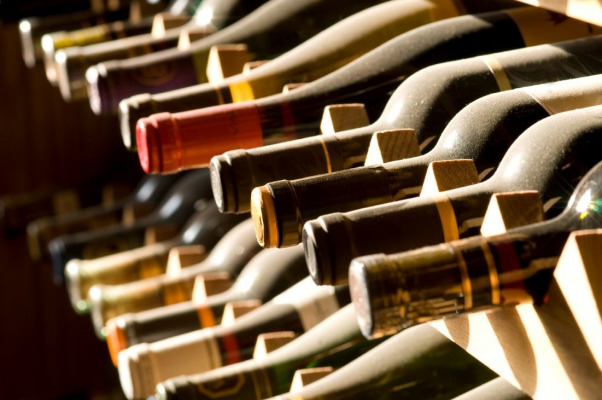 Wine is a beverage obtained from the full or partial fermentation of grape juice. During fermentation, the sugar in the grapes is converted into alcohol. Thus, the wine is completely made from fresh grapes and does not have any other flavoring ingredients such as acids, enzymes, sugars or other nutrients.

In addition, wines are classified in 2 ways:

Wine is increasingly popular in luxury tables, so now wine is also fermented from fruits, flowers or herbs. However, some countries only accept wines made from grapes.

Wine has long appeared in the Bible with the accidental discovery of Noah and his son. Specifically, when God exiled mankind with a great flood to replace all mankind when he saw that man was depraved and made many mistakes, only Noah escaped and returned to a normal life.

On the way back, he discovered and picked delicious grapes on both sides of the road to bring home to eat. After a while, he accidentally discovered that the grape juice’s properties changed, making the grape juice taste delicious as well as very attractive. Since then, he had squeezed grape juice, waited for it to ferment, and drank it slowly. Then, wine was born and became a popular drink.

However, with research and surviving evidence, the wine originated in the Caucasus and Zagros mountains. From the middle of 8000 BC, the work of producing ancient wine was born and an ancient winery appeared in Armenian around 4100 BC.

It is known that the history of wine spans thousands of years, goes hand in hand with the agricultural development and human civilization. Besides, archaeologists also discovered that wine was present in Egypt about 2000 BC. 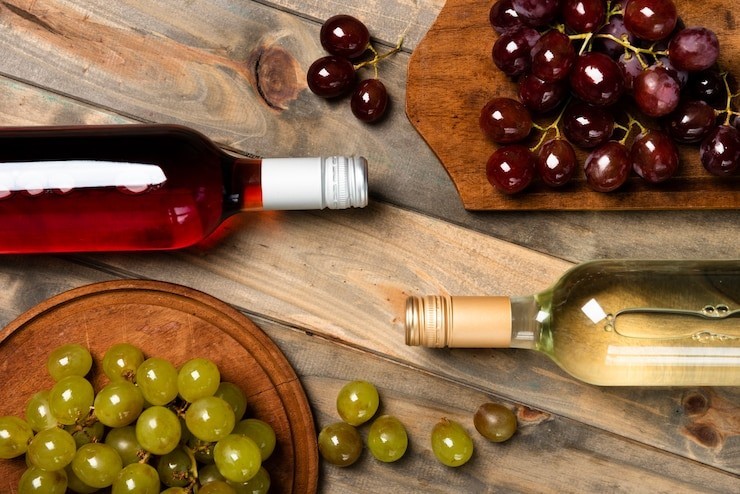 In the 6th century BC, varieties from the Caucasus developed and appeared in the southern and western Mediterranean (modern France). The Gauls invented the cultivation of wine in wooden barrels. With the maritime trading civilization, wine was contributed to spreading throughout Western Europe.

Although goldsmiths started using glass about 100 years ago, it was not until 1740 that the first design of the modern glass bottle was born.

In 1864, the grape root aphid broke out in central France when the French were experimenting with new American grape varieties. This aphid has ravaged the entire raw ingredient areas of France within 20 years.

Until 1935, the National Institute for Verification of High Quality Wines (INAO) was established with strict quality regulations. Currently, many countries still consider INAO as the guarantee standard for French wine.

Since the beginning of the 20th century, wine has become not only simply a beverage, but has also become a cultural subject like literature or music. The enjoyment of wine is regarded as a special art. Around the world such as France, Europe, America or Australia, seminars on wine culture are becoming more and more popular and attracting many participants.

Wine was introduced to Vietnam when our country was still a colony of France. During this time, the French bring bottles of wine to enjoy in daily meals or parties.

In 2019, Le Vista brings the Australian wine brand Le Vista Shiraz to the Vietnamese market with a premium wine product, bringing the passionate flavor of wine with blueberries combined with blackberries.

The above article has shared information about the origin and development history of wine. Le Vista believes that wine is the perfect choice for parties as well as a meaningful gift for loved ones. So if you have any questions or need support, don’t hesitate to contact Le Vista’s consulting team.

PLEASE FILL IN THIS REGISTRATION FORM