Wine makes you swoon right from the first moment of enjoyment by its passionate richness, but cocktails are captivated by its openness and breakthrough. If you are looking to change the taste of twine a bit, do not ignore the article below. Let Le Vista bring you a special New York Sour Cocktail recipe with Le Vista Shiraz wine! 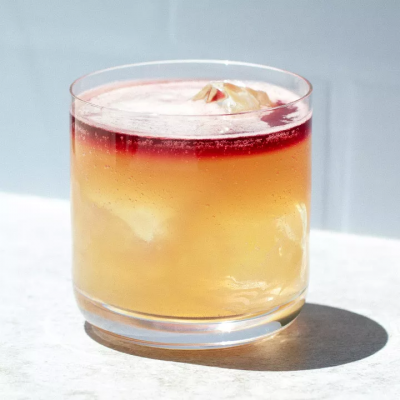 The Origin of the New York Sour Cocktail

The New York Sour Cocktail has the traditional sour taste of citrus and sugar (sometimes with egg whites) and is popular among today’s best known cocktails.

From the mid-19th century, Whiskey Sour appeared and became well-known. It wasn’t until 1862 that the drink was said to have first appeared in print in the 1862 edition of the famous “Jerry Thomas Bartenders Guide”. In addition to being one of the great American cocktail inventions, the Whiskey Sour has stood the test of time and remains a favorite. It has spawned many variations, but perhaps none as popular as the New York Sour. 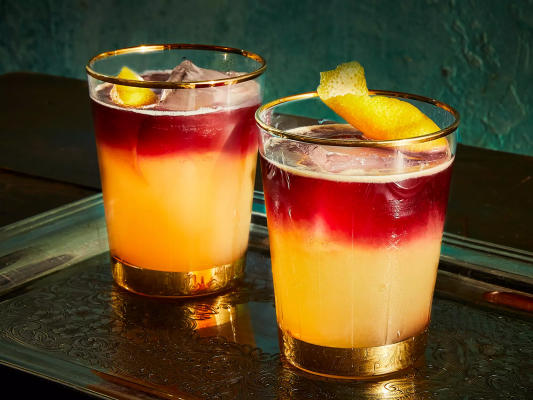 The New York Sour updated its recipe to include whiskey, lemon, sugar (egg whites) with red wine. The wine brings aromatic qualities and a deep red color to the drink.

Reports of New York Sour trace back to the 1870s or 1880s, the cocktail operating under other names, including Continental Sour and possibly the New York Sour brand, having been created in Chicago. Over time, the New York trademark persisted.

This recipe comes from Allen Katz, the co-founder of the New York Distillery Company and a leading expert on spirits and cocktails. He thinks that using rye whiskey or bourbon as a base makes the ideal finished product. 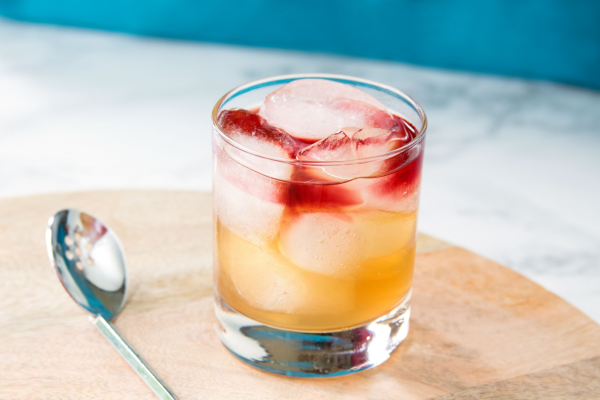 A rye spiked sour will have more prominent spice notes than the bourbon version, but both spirits are impressively captivating.

Additionally, the fresh lemon juice and syrup keep the cocktail balanced while the egg whites add a silky texture and a bubbly topping. Finally, the red wine will slowly rise to the surface, providing a dramatic image alongside its fruit flavors.

New York Sour is one of those cocktails that is relatively simple to make, but looks impressive and has a complex taste and requires the following ingredients to create the finished product:

Details of how to make Cocktail New York Sour

Step 1: Pour whiskey, lime juice, simple syrup and egg whites (optional depending on personal preference) in a shaker with ice to allow the ice to interact with the alcohol and the body of the jar until dissolved. Refrigerate the mixture.

Step 2: Put the mixture on the strainer and into a new iced glass.

Step 3: Finally, slowly pour Le Vista Shiraz red wine over the back of the bar spoon so that the wine floats on top of the drink.

Step 4: You can decorate the cocktail with a piece of lemon peel or a few mint leaves on the surface

You can adjust the amount of syrup to your liking but it also depends on the type of syrup you use. Any sour cocktail requires fresh lime juice. Normally a large lemon will produce about 50ml. So a cocktail, only half a lemon is enough to create a seductive sour taste.

The trick for you to squeeze the most juice out of a lemon is to leave the lemon at room temperature. Before cutting, roll the lemon tightly in the palm of your hand and squeeze it, then cut and squeeze the juice.

The above article has introduced to you the origin and recipe of the special New York Sour Cocktail with Le Vista wine. This is the drink that will bring a burst of taste when balancing the flavors together in an ideal way. If you have any questions or need support, do not hesitate to contact the Le Vista consulting team!

PLEASE FILL IN THIS REGISTRATION FORM